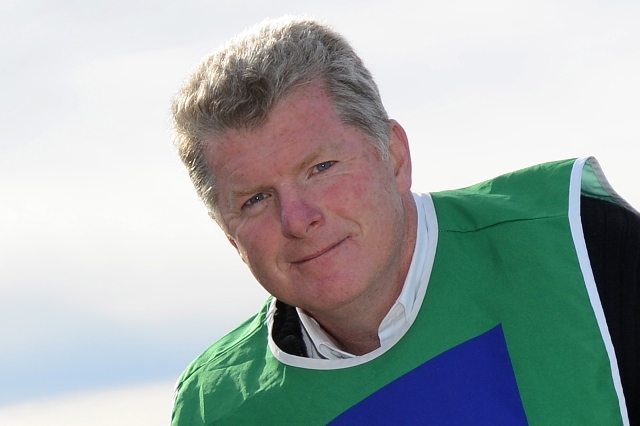 
TOORADIN trainer Steve Clarke is no stranger to the glamour and spectacle of group racing.

Big Ticket, who contested the Group 2 Horsham Cup last Sunday from box five, has been involved in no less than four group finals under Clarke’s stewardship – with last Sunday being his first placing in group racing.

I spoke to Clarke about his experience in the pinnacle of racing at the far west of the state.

Q. Steve, it wasn’t the first time you’ve had a greyhound in a group final, was it?

Steve Clarke: No, Big Ticket has made four group finals himself and I was responsible for Hot Irish when she was in the Golden Easter Egg Final, as well as the Australian Cup final over here. I’ve had a few!
.

Q. Did you feel any pressure heading into the race knowing that Big Ticket was the fastest heat winner?

SC: I didn’t feel any pressure… I feel some relief when my preparation of the dog is done and he’s in the kennel – when everything I have to or can do has been done. I don’t feel the pressure of the race at all, as it’s more of an excitement than a pressure – but leading up to the race I do worry that something may go wrong or that he may hurt himself in his normal daily exercise… There’s a sense of relief when the race actually gets there.
.

Q. Did you have any other media commitments in the week leading up to the Horsham Cup?

SC: There was an interview with Simone Fisher (Sky Racing) on the day, and I also had an interview with Margaret Rogondalia on RSN Sport 927 the day before the race. I’m happy to do that – not for my exposure – but for the exposure of greyhound racing. People are interested in the dog, he’s created a bit of interest. He’s a fast dog, he’s a big dog, and he has a very catchy name. People are genuinely interested in what the dog is doing, and that’s fine. I understand that it’s great for greyhound racing.
.

Q. How did Big Ticket handle the long drive up to Horsham (from Tooradin) for the second week in a row?

SC: He’s absolutely fine – he sleeps all the way. A lot of the time, I don’t even have to stop on the way – he’s such a good traveller and I would probably disturb him if I stopped. I know that he’s very comfortable and he’s a very relaxed dog.
.

Q. How were your nerves arriving at the track, walking through the parade ring and behind the boxes?

SC: I don’t get nervous before the race anymore – I guess that comes from being in a few group finals. When he began, I wasn’t nervous – but I was a little anxious. I got very excited when he began the way he did. I thought: “Geez, this dog could win this race!” Going to the first turn, he was sort of the meat in the sandwich – he just kicked off the back of the one, and stumbled slightly – and in the end, that’s probably cost him the race. He’s just such a big frame of a dog that it takes a huge amount of energy out of him to get going twice. If he gets interrupted in his run, it just takes so much out of him to get that big frame moving again. Generally speaking, if he’s checked early on, it’s telling in the last 10 or 20 metres of the race.
.

Q. Just to get a place in a race like the Horsham Cup is a pretty amazing effort though.

SC: I said to Pat Sofra (Big Ticket’s owner) that these are really, really, really difficult races to win – if you look at that field, the dog that ran fourth (Ronray Spirit) has won the two most recent country cups (Warrnambool and Warragul). Allen Deed has won two hundred and something thousand dollars in prizemoney. They aren’t slow – these are really difficult races to win.
.

Q. When you look at it like that, they’re the best greyhounds in Australia, aren’t they?

SC: They are the best greyhounds in Australia, without doubt… I know he (Big Ticket) was the quickest heat winner, which doesn’t surprise me – but there was less than two tenths of a second between first and last. There is very little margin for error. If you stumble or get a check, you’re pretty much gone.
.

Q. Do you think Big Ticket is capable of saluting in a cup final one day?

SC: I know – given the right circumstances – and the right box draw, on the right day, one day he might just finish in front.
.

Q. What were your immediate feelings after the race?

SC: My first feeling was that I was glad that he had ran a place, but I was a little bit disappointed that he couldn’t hold on and win the race because he put himself in a great position – he did everything right, but he didn’t get the luck. These races are hard to make the final, it’s hard to get yourself into the position to win – but he still didn’t have the luck to win. That’s not to take anything from the winners, because they very much deserved to win. I’m just a little bit disappointed he couldn’t just pull one off.
.

Q. Was there anybody else in the race who you had a chat to after the race?

SC: I normally have a chat to (trainer) Angela Langton, as she comes from a similar background to me – we both have science degrees. She was basically saying bad luck – saying that Big Ticket will win one of those one day. She’s great – she really is one of the most approachable people in greyhounds. Her and her other half Jeff (Britton) are probably the most approachable people I’ve met in greyhound racing.
.
.
Related
Horsham Cup Caps Big Week in the West
Any Winning Margin is a Good Margin
Ticket to Fame
. 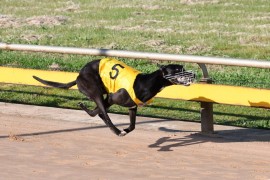 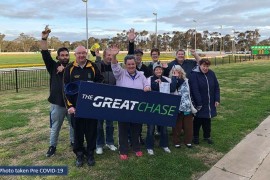 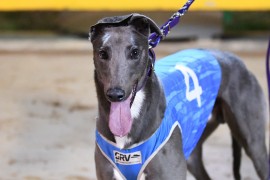 Trainers to provide own hi-vis clothing for arm trials