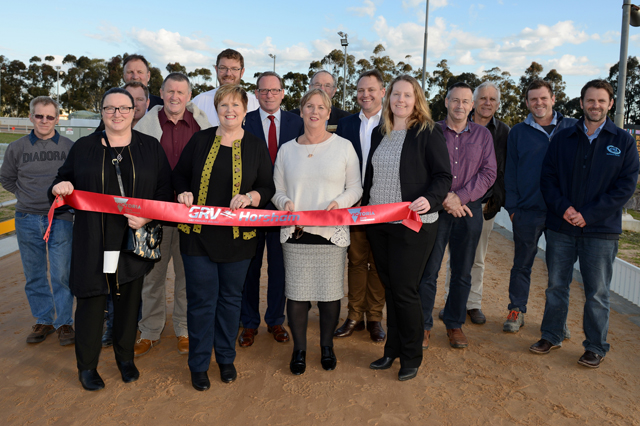 Clayton said GRV was working with the University of Technology Sydney (UTS) to develop innovations that would improve track safety in Victoria, and there has been significant national interest in these innovative developments.

“Good track design is important for the greyhounds’ safety. By reducing major risk factors we reduce the chance for incidents and interference so dogs can race more safely,” he said. “At Horsham, every aspect of this redevelopment has a science overlay to it, with animal welfare as the overriding priority.”

In addition to the $800,000 project, upgrades totalling $400,000 have been carried out at the track as part of GRV’s five-year capital works program. The 43-year-old track was closed last October to bring it up to an appropriate standard.

Using GRV data, UTS modelling pinpointed the hot spots for dogs on the old track, identifying potential causes for interference and crowding. Racing resumed on 1 August, with racing now conducted over 410m and 485m. A 675m start may be introduced later.

The Mayor of Horsham Rural City Council Cr Pam Clarke officially opened the track at a ceremony on Tuesday afternoon which was combined with the annual TAB Great Chase Community Day for local disability organisations.

GRV Board member Emmett Dunne the track redevelopment was important for the local community.

“Greyhound racing is an integral part of the Wimmera and, to support the local community, we were committed to using local suppliers wherever possible,” Dunne said. “Overall, the greyhound racing industry contributes around $3.5 million directly and indirectly to the Wimmera’s economy each year. We take tremendous pride in giving back to communities and helping those who might need a helping hand, which is why the TAB Great Chase is such an important part of today’s celebrations.”

The majority of the work was carried out by local contractors including civil construction, electricians, irrigation experts, builders and fencing contractors, providing valuable jobs and investment for the local community.

Key elements of the redevelopment include:
• widening the track by an average of 1.2 metres
• increasing the camber on bends to about 10 per cent (up from 8.2 per cent) to provide smooth transitions, reducing crowding and the potential for injuries and interference
• replacement of the lure and safety rail and installation of a new braking lure motor
• complete replacement of the track surface with new sand
• upgrading irrigation and electrical systems and adding new perimeter fencing
• new head-on cameras, drop-on boxes for 410m races and starting boxes for trialling puppies

Horsham Club Manager Justin Brilliant said the re-opening of the track has been relatively seamless.

“There had been a smooth transition to the new track and trainers seem happy with it. It’s more spacious and lends itself to less interference. Greyhounds seem to hold their line well,” Brilliant said. “It’s good to see that GRV is continuing to invest in our community by providing the infrastructure that the industry needs. The majority of the work was undertaken by local contractors and as such showcases the skills and knowledge base in the Wimmera.”

About 130 people from local disability and community groups, including staff, clients, their families and carers were invited to join the celebrations as part the TAB Great Chase Community Day.

Along with the hospitality, organisations have the opportunity to win cash prizes. They also have the opportunity to attend the TAB Great Chase Final at The Meadows Greyhound Racing Club in Melbourne on 25 October, where eight groups will be selected to vie for the grand prize of $10,000. More than $500,000 has been donated to assist disability organisations since the TAB Great Chase began in 2003. 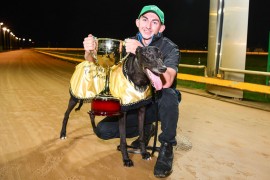 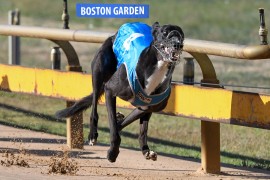 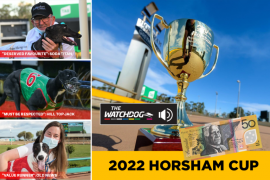