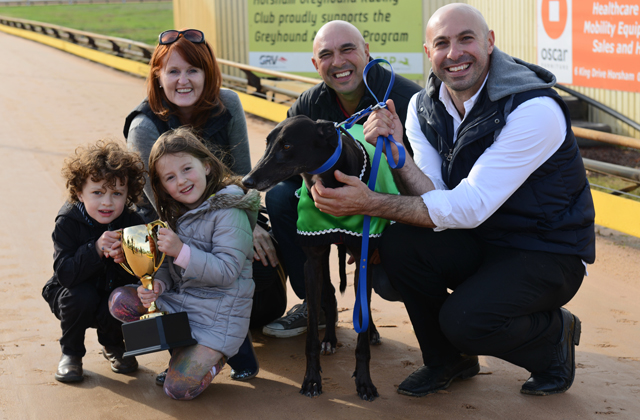 Horsham Cup: Any Winning Margin is a good Margin


No one told Margins (box 8) that he was the outsider in the Group 2 Horsham Cup on Sunday.

Owned by the Merceica family, Margins jumped last from box eight in the Wimmera’s biggest greyhound racing event. It took expert field sense to weave his way through the field and take the lead in the home straight.

The Ennis’s watched the race all the way from Hawaii, expressing their delight over the social media platform Twitter.

Charlie Merceica, who handled Margins for the race, was delighted with the win. Talking with SKY Racing’s Simone Fisher following the race, Merceica gave his views on how it panned out.

“It’s a great thrill to win today,” he said.

“He (Margins) got his way to the fence and when the leaders fanned off around the home bend he got a rails run.”

“I tried to keep my emotions in check but when you own the dog, it’s hard not to get excited.”

When asked about the long starting price, Merceica said it was probably warranted due to his form, but revealed that little injuries had been an issue.

The heat win was the greyhound’s first run in close to two months and Merceica said the team had kept him fresh on purpose in preparation for the Horsham Cup.

Margins’ career record now stands at nine wins and five placings from 23 career starts with the $45,000 first prize increasing his career stakes to $73,000.